Home > Monument of the Month

Monument of the Month

Honey bees (seileán) were brought to Ireland sometime after the end of the last ice age. Bee-keeping (beachaireacht) in Ireland has been practiced for at least 2000 years. Solinus, a Latin grammarian and compiler, mentions that there were only ‘a few bees’ here in the 3rd century AD. Pre-Christian people held bees in high esteem, believing the soul left the body as a bee or a butterfly, continuing this tradition, 6th century Saints associated with beekeeping include St. Gobnait of Ballyvourney and St. Modomnóc of Ossory. The Irish name for a bee is beach. There is a Brehon  law tract (the native indigenous law system found in early medieval Ireland)  on ‘Bee Judgements’ outlining the rights of various parties to swarms (saithnín), hives (sheileán), nests (cuasnóg) and honey (mil). 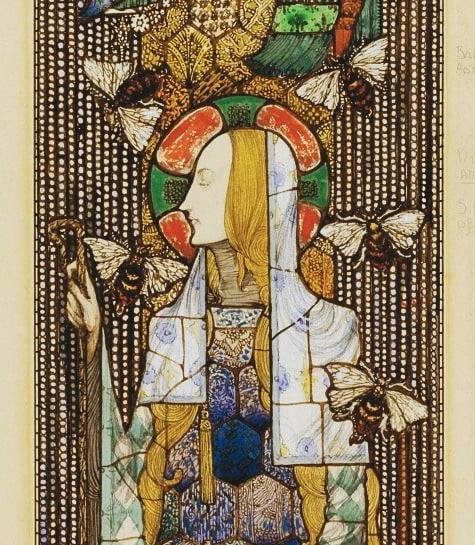 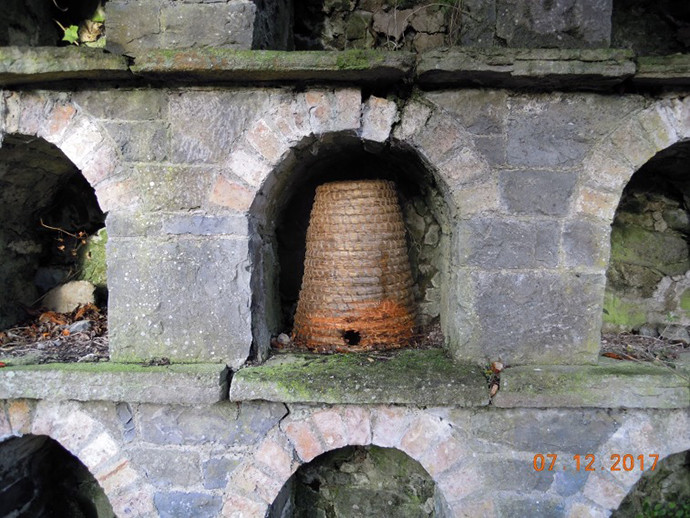 A bee-bole is a cavity or alcove in a wall which helped to keep the wind and rain away from the skep (a straw of wicker beehive) and the bees living inside.  ‘Bole’ is a Scottish word meaning a recess in a wall. Bee-boles are usually found in walled gardens of houses dating from the 17th to the 19th century.

An excellent example of bee-boles, with rows of recesses rising to three tiers, is to be found at Ballingarry in Co. Tipperary (TN008-046003-). Most bee-keepers kept their skeps in the open covered by old pots or sacking before the introduction of the modern wooden hive in the late 19th century.  Bee-keeping was a very common activity in the past before sugar cane became plentiful.

Beeswax was also in much demand for candle making, as a lubricant and waterproofing agent. It was also used as a moisturiser/polish for wood and leather. The Isle of Wight disease was first detected in Ireland in 1912, in an apiary near Dublin. By 1925 it was so prevalent in some counties that it resulted in the complete loss of all bee stocks. Dutch bees were imported and when these were crossed with the native black bee, more stocks survived. In 2017, a Limerick Institute of Technology scientist proved that the pure native Irish Honey Bee - Apis mellifera mellifera was not extinct as previously feared, but still existed on the island of Ireland.