Beacons are manmade structures usually considered to be a fixed visual mark on land or in the water which are used as navigational aids to assist in avoiding obstacles to the approaches of a bay or harbour. These are solid in construction and may or may not be lighted. The first beacons were fires built on platforms in antiquity which developed into actual buildings, usually a tower containing a light such as the lighthouse at the harbour of Pireaus dating to the 5th century BC. Early examples functioned primarily as identifiers of the presence of a port rather than as a warning signal for hidden reefs or shoals.

There is a group of three freestanding beacons providing guidance to vessels navigating into and out of Bofin Harbour at the southern side of Inishbofin. The beacons are identified and titled on the various editions of the Ordnance Survey maps as tower (GA009D017), tower and flagstaff (GA009D018), and signal tower respectively (GA009D043) and so were in existence prior to the production of the First Edition maps in the 1840s. 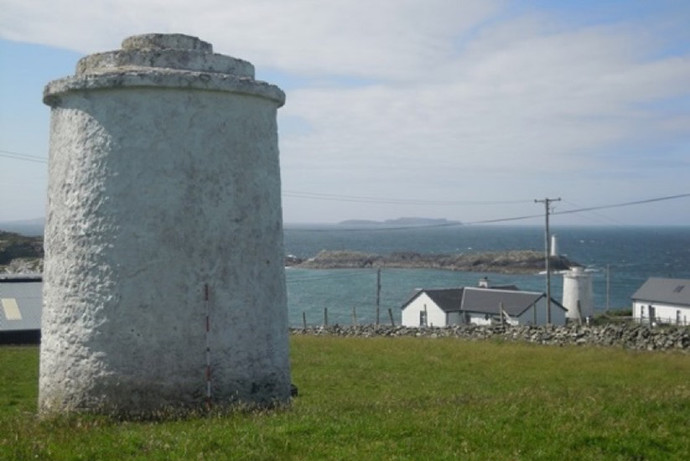 The first navigation beacon in the group is on a steep south-facing slope overlooking Bofin Harbour to the south with another similar navigation beacon (GA009D017----) c. 100m to the south-west. There are panoramic views from east-north-east to west-north-west. The beacon (diameter c. 3.3m, height c. 5m ) is constructed of roughly coursed masonry which is rendered and white-washed. The tower tapers slightly towards the top where a cornice oversails the eaves. This cornice is further capped by two stepped and recessed bands of ashlar masonry.

Another beacon is located along a coastal road at the northern side of Bofin Harbour. It lies almost directly north, opposite ‘Cromwell’s Fort’ (GA009D023----), a bastioned or star-shaped fort, situated on Port Island, a rocky headland commanding the entrance to the harbour. 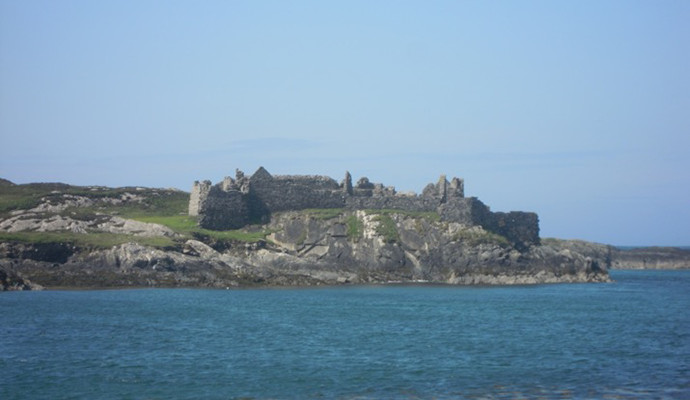 There are panoramic views across the west and south to Inishshark and across the harbour. The beacon (Diam. c. 3.4m) is circular in plan and constructed of roughly coursed masonry rising off a broader circular base. The tower tapers as it rises and its surface is rendered and lime-washed. The first course of a stepped cap projects over the eaves and is surmounded by two further courses of capping. A niche in the south-west face, looking seawards, contains a statue of the Blessed Virgin Mary, presumably as a guide to sailors and visitors bringing them safely to the island. A small undated cross-inscribed stone placed against the base of the wall, roughly at west, commemorates Hugh O’Donnell, presumably Hugh Roe O’ Donnell (1572 -1602), who fought in the Nine Years War and escaped to Spain to die enroute to Valladolid. 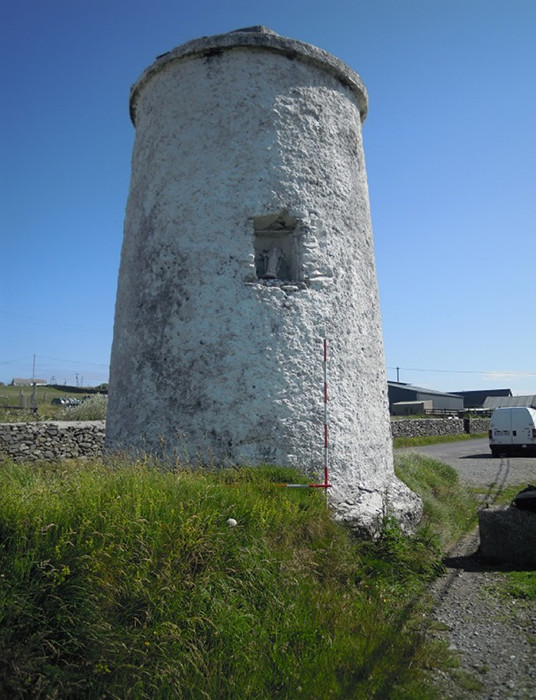 Figure 3. A beacon (GA009D017----) on the coastal road at the northern side of the harbour, with a rectangular niche facing to sea, housing a statue of the Blessed Virgin Mary.

A final beacon is situated on Gun Rock, adjacent to Port Island, at the southern side of Bofin Harbour on the opposite side of the harbour to the other pair of beacons. It is similar in form and appearance to the other monuments but is the tallest of the three.

These simple almost vernacular structures provide interest along the coastline and are important elements of our maritime history. The suite of beacons have group, historical and folkloric interest and form an important addition to the monuments on Inishbofin.