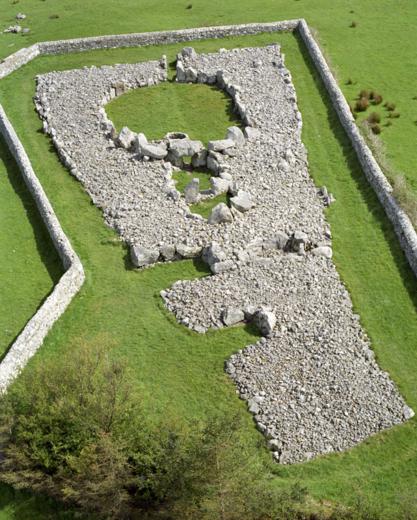 This monument is situated at the foothills of Tievebaun Mountain, near the sea at Mullaghmore, and is one of the finest examples in Ireland of what is known as a full-court tomb.

Dating from the Neolithic period (c. 4000 – 2500 BC) it consists of a wedge-shaped cairn about 50m long, incorporating at its eastern end an oval-shaped court. 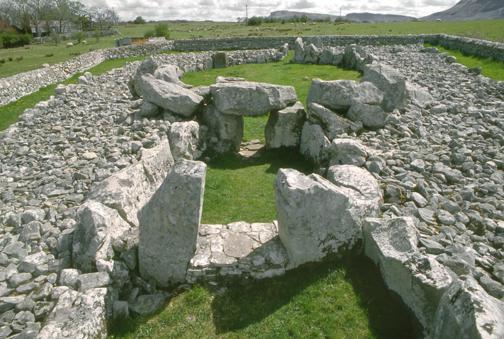 The entrance into the court is at the east, and consists of a narrow passage-way lined with upright stones. The court is among the largest of its type in Ireland, measuring 15m long by 9m wide. From the court is the entrance to the burial gallery which is divided by upright stones into two chambers and was originally covered by a corbelled roof. 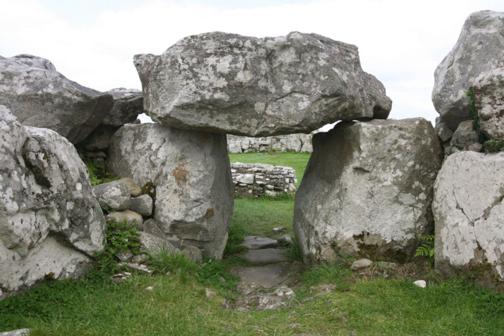 Behind the gallery are the remains of three subsidiary chambers. Excavations in 1935 uncovered four cremation burials, Neolithic pottery, polished stone axes, flint knives and scrapers and two clay balls. The court was reused in Early Christian times by iron smelters, and the remains of a kiln from this time can be seen.

To locate Creevykeel on the map please click here (You'll need an up to date version of Adobe Flash Player).