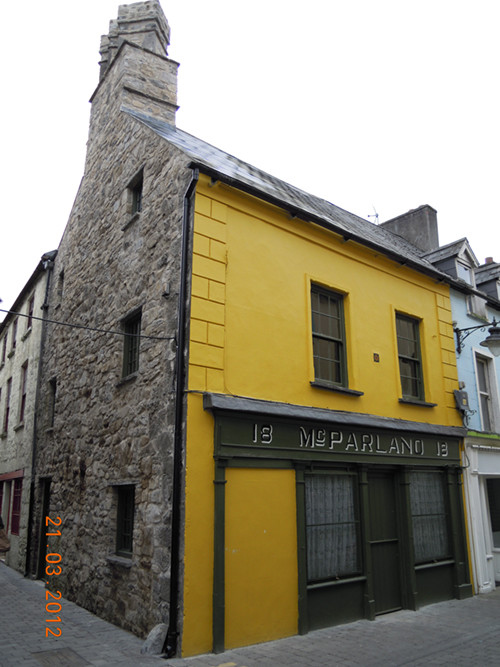 The streetscape of the historic town of Ennis is known to be in existence since medieval times having built up adjacent to and south of the Franciscan Friary. The general layout of the three main streets was mapped by the English land surveyor Henry Ellsworth in 1634 but rows of houses are likely to have been there long before that.

Situated on Parnell Street, at the junction between it and Chapel Lane is a house known as ‘McParland’s’ (as so named on its late 19th-century shopfront). This is a two-storey house with attic, very thick walls (c. 0.9m) and a fine triple diagonally set Jacobean chimney (c. AD 1600) in its stone-built east gable. 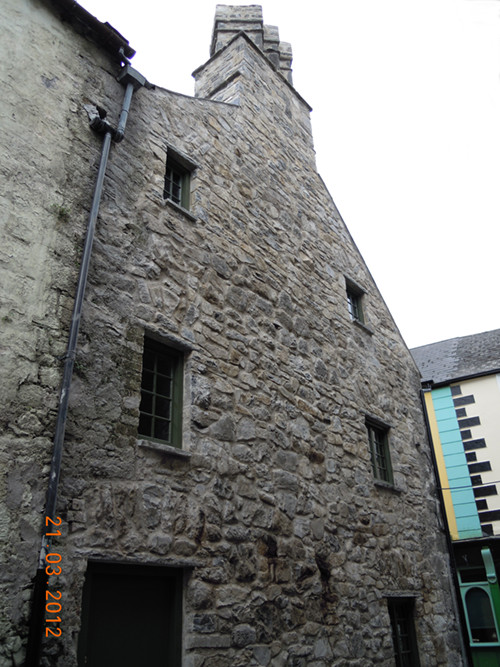 Modifications to the shop in the 19th century resulted in some instability to the gable and so a programme of restoration took place in 2011/2012. Unlike the east gable, the west and south walls of the house were found to be constructed using very large horizontal oak beams with vertical oak standards. Some of these timbers were dendrochronologically dated to AD 1672. Timbers in the attic revealed a probable dormer window to the rear and an insubstantial door to the adjoining attic of house no. 20 shows that the two originally formed one house. House no. 24-6 further down the street has a similar Jacobean chimney and is of similar date. 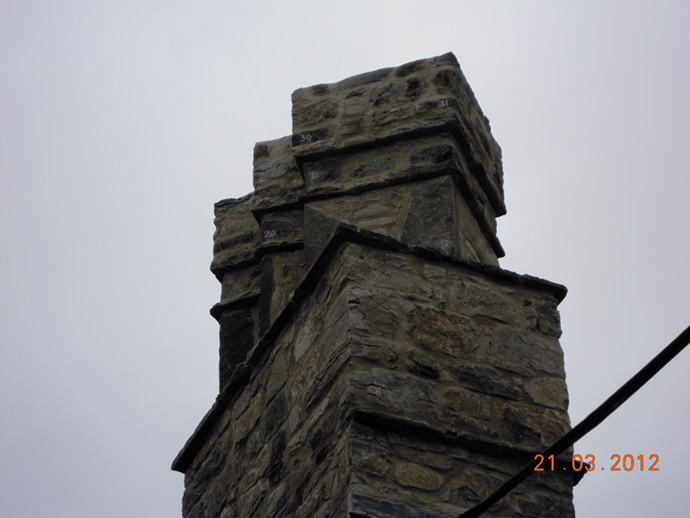 Excavations undertaken prior to reconstruction revealed that the ground-floor fireplace had at least five periods of use, the earliest dating to the construction of the gable around 1600. It was floored with small rounded cobbles and it was originally almost 2m wide and 1m deep, becoming progressively smaller during later reconstructions. A cutting below ground level showed that this was not the earliest building on the site.

Until fairly recently it was considered that timber-framed houses were rare in Ireland. In fact, many examples survive albeit with alterations to a façade or to the roof. It is only when closely examined prior to, or during, construction works that the structural form of the house becomes clear. An example in Dublin is no. 9/9a Aungier Street, similar in date to the Ennis house (AD 1664). It is likely that other even earlier houses have survived ‘hidden in plain sight’ in Ennis and in many historic towns around the country.

Apart from its early date, McParland’s is noted as having been the childhood home of Harriet Smithson, born in Ennis in 1800. Harriet went on to become a famous actress in London and Paris and was also the first wife and apparently the muse of composer Hector Berlioz.

This house is monument no. CL033-082005-. Further details may be found using this number in the Historic Monument Viewer and at http://www.buildingsofireland.ie/niah/search.jsp?county=CL&regno=20000291&type=record.