In the beautiful Glen of Aherlow, looking out to the stunning Galtee Mountains are the ruins of Moor Abbey. 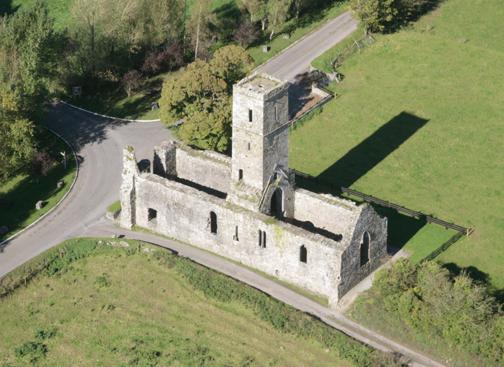 This Franciscan friary was founded in the 13th century by Donnchad Móir Ó Briain, King of Thomond (1210-1242). Historical evidence suggests that in 1471 a new church was constructed at the site, but that the following year it was destroyed by fire. The buildings that survive today date from this period. 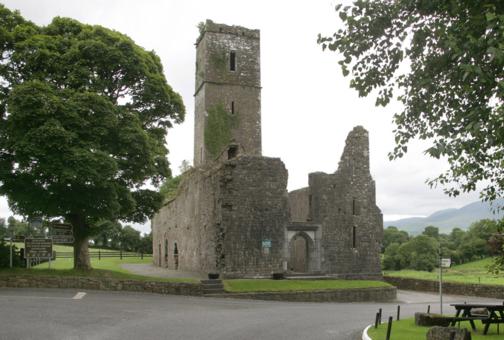 The church consists of a nave and chancel, separated by a tall bell-tower. In the chancel is a double piscina for washing liturgical vessels. Beside the doorway in the north wall of the chancel is a stoup which contained holy water that would have served the friars entering the church from the sacristy which formerly stood to the north. 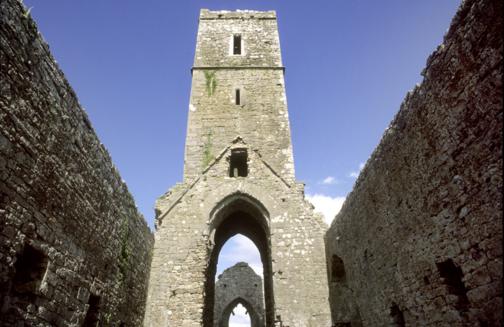 In 1541 the friary was dissolved and later became the property of John Fitzgerald, brother of the Earl of Desmond. In 1569, during a rebellion led by the Earl of Desmond, the abbey was burned by government soldiers led by Sir Humphrey Gilbert, originally from Devon and a half-brother of Sir Walter Raleigh. The following year Fr. Dermot O’Mulrooney and two other friars returned to the friary, but were murdered by government forces. 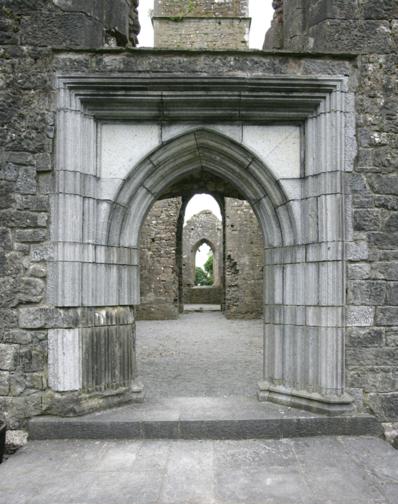