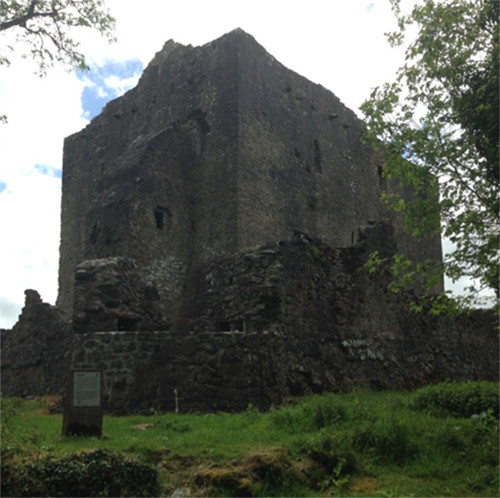 Castlecarra (MA100-082001-) is a National Monument in State Ownership (Number 222B) which is located in the townland of the same name.

A Staunton Castle, it was built between 1238 and 1300, and held by the family up to the end of the 16th century. In 1591, it is recorded that Captain William Bowen acquired possession of the castle from Peter (Barnwell) Baron Trimleston. In 1991, the castle is recorded as being in the ownership of Pat Staunton. While the castle may have been built in the 13th century, extensive works were carried out in the 15th century. More recently the OPW carried out a series of conservation works in the late 1950s early 1960s. 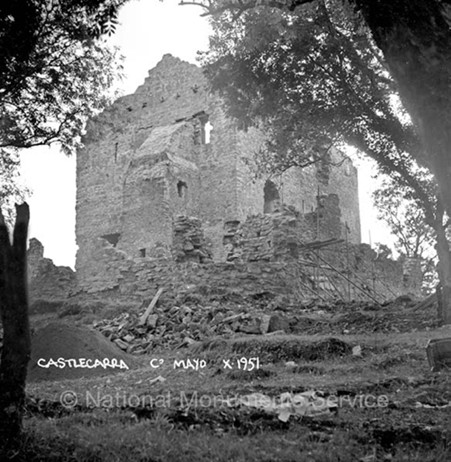 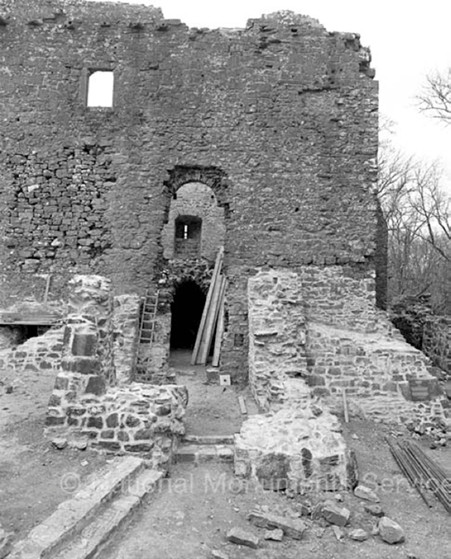 Castlecarra measures 8.2m north-south x 12.3m east-west internally and is three stories in height. The entrance to the castle is on the southern wall and extends from ground to first floor level although originally the main entrance would have been at first floor level alone (Fig 3 and Fig 4).  No remains of the roof survive but part of a gable wall may still be present on the east side. Only sections of the first floor survive in the interior. A number of water shoots also survive at roof level while an interesting water spout (possibly not in its original position), is found at first floor level on the west wall. The now fragmented base batter was a later addition as it blocks ground floor windows on the south and west walls. Large sections of the bawn wall (Fig 5) still surround the castle which is located on a walled promontory (MA100-082005-). 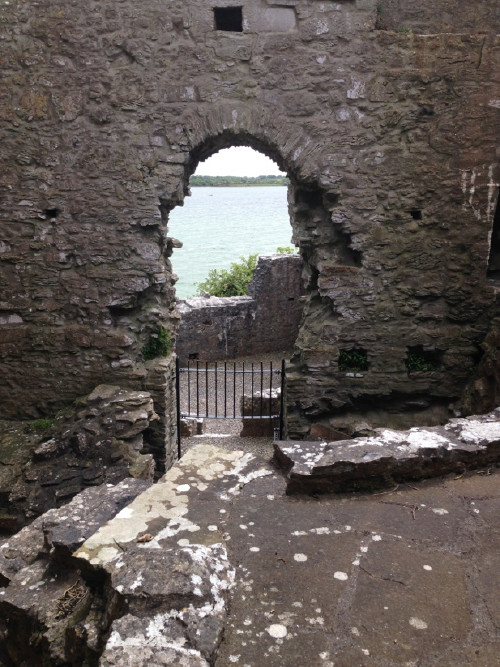 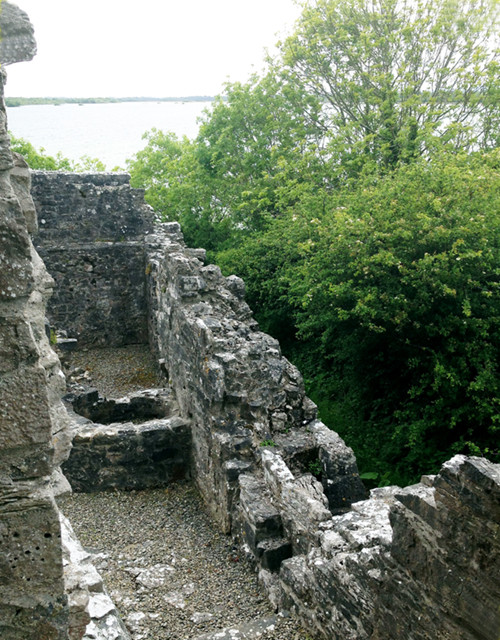 Castlecarra may be an example of a hall-house castle. Hall-houses are a rare castle type, with only 49 recorded on the SMR. Three of these are located in Mayo. There is a real possibility that this number is much higher due to the large number of masonry castles which are not in a condition that can allow for accurate classification.  This is especially true of hall-houses which are often in a poor state of repair, surviving only as ruins and often only at ground floor level. Classifying castle types can also be difficult as many castle, like Castlecarra, were later adapted and modified in subsequent years.